What You Need to Know About Gnomes 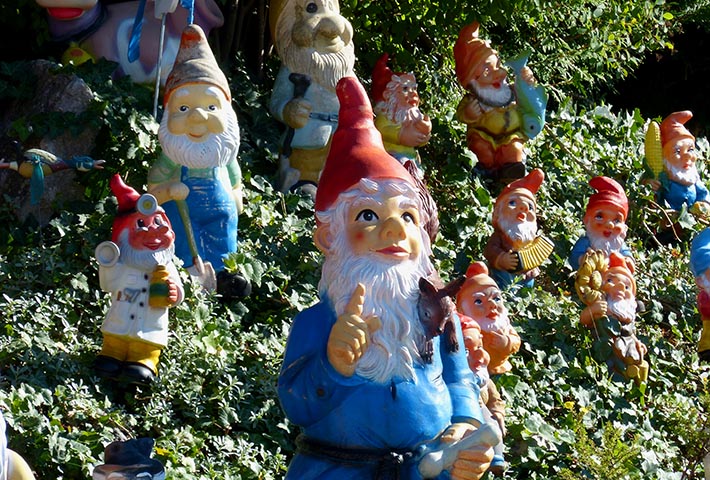 If you want to embellish your garden because guests are coming or perhaps you simply want everything to look nice and pretty, adding a few red-hatted gartenzwerg, or garden gnomes is your best option! They might just be statues, but they can surely give your landscape the magical vibes it deserves.

There are a wide variety of gnomes available, and they come in different sizes, too. You can choose which one suits your garden type. You can put them beside your blooming flowers or on the patio. And if you feel being mischievous, hide it among the bushes.

But before you decide to place some garden gnomes, let’s talk about a few interesting facts about them that you should be aware of.

Gnomes first appeared in 1800 in Germany, and they were also the first country to mass produce gnomes. They were made out of clay and were used as decorations for green spaces and private yards. In the 1840s, these gnomes started to appear in England. And from thereon, gnomes popularity boomed.

Check this article to know the demand and shortage for gnomes in the UK.

The two world wars challenged the mass creation of gnomes and completely stopped their production. However, in the 1960s, plastic gnomes appeared in the market. But as expected, they weren’t welcomed with open arms, unlike clay gnomes. This then resulted in other countries like the Czech Republic and the USA making their own gnomes out of clay.

Gnomes are considered a symbol of luck and protection

Aside from aesthetic purposes, gnomes are believed to bring good luck. And this belief was passed down from generation to generation – obviously including ours, and the next ones after us.

The folklore also says that putting gnomes in your garden or barn would mean more produce and protection for your crops and livestock – may it be from pests or thieves. And surely, we all want that!

The mythical history of gnomes says that they were living underground and guarding treasures. In fact, they were depicted in German fairy tales as old men who protect wealth and riches.

Gnomes legends can also be found in other cultures bearing different names. In England, they were called hobs; in Denmark, they were nisse; and in Spain, a gnome is known as duende. But the myth remains similar worldwide.

Another fascinating legend about gnomes is that these old men were responsible for planting wildflowers. You probably came across some flowers before and wondered how it was planted there. Now you know the answer!

Gnomes save animals from traps

Gnomes are described in many myths as protectors not only of humans and plants but of animals, too. They happily freed animals caught in traps, and they get rid of splinters in their paws. They carry knives for that reason. They are tiny, but they have big hearts for sure – ensuring that no creature is harmed!

Now that you know these interesting facts about gnomes, hopefully, you see them in a different light when you put them in your garden or anywhere around the house. And don’t forget to share this information with your family and friends as we all could use good luck and protection.

An Open Letter To Christmas Lovers

August 24, 2020Christkindl LIVEAn Open Letter to: friends, families, Christmas/holiday lovers, German culture lovers:"While Christkindl LIVE loves all of the Christmas markets around the world, we're an independent platform and are not affiliated nor part of any...

Sarah Mullins’s & WQAD-TV Falsifying Statements Made To Christkindl Live, And Their Illegal Hacking ActivitiesUpdate: This issue has been escalated to our legal team for further investigation. Legal actions may be taken against Mullins or Quad Cities...

A Sneak Peek into Gnome Goodness

Valentine’s Day is just around the corner, and you probably want some decorations displayed around your house. But it’s not that you are bored of the common heart decors and all that, it’s just that you want to add some accents that will give a...

I recently read an article about a Black Forest shield clock called the Butcher Clock or metzgeruhr, and I remember thinking that this is one clock that’s definitely not going to hang on MY wall! But more on that later.  An early design of Black Forest cuckoo...

Be the nutcracker prince to your loved one this Valentine Having Valentine’s day around the corner, and most of the businesses closed, being creative in terms of celebration is the only choice. The Notebook, When Harry met Sally and 50 first days are so last season,...